Today is Friday and we have a two hockey games  one tonight and one on Saturday. Tonights game is at 7:00 and we are playing against stonewall in Arborg.

We have played one game already this season against Lundar and we beat them 9-4. I also have a game on Saturday night against Gimli in Gimli. I am on a line with Elijah and Dawson. Elijah is center Dawson is left wing and I am right wing. I like playing on a line with them I also like playing with the defence line that has Hunter on it cause he is a very good passer from behind and he can usually defend a guy if it is a one vs one.

I don’t remember playing stonewall that much but I do remember playing with Jayden and them and winning a banner against them from 2016/2017. Most players from stonewall are small so they are usually fast but we should manage to beat them tonight. I am on a penalty kill with Elijah and then when we are on the power play I am with Elijah and Ronald.

I practice on Mondays Wendsdays, and I get called up to the older group on Thursdays for practice. Gimli has a team with some fast players and some not so good players but we can probaly beat them but last time i played them with this age group we tied 7-7. I usually score one or more goals most games and usally a couple assists to Elijah.

I Hope that we can win both games this weekend cause I have a friend on Gimli that says there going to beat us and I don’t really like most of the players from Gimli. 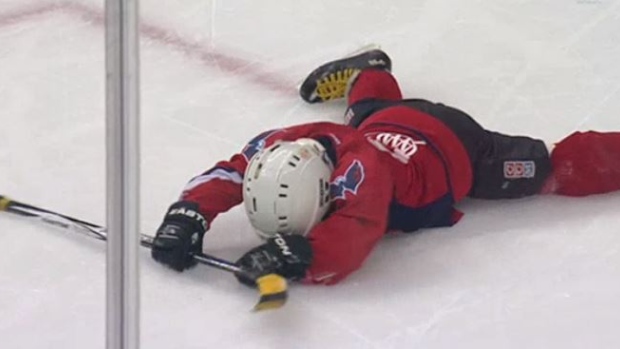