Hockey is my favorite sport of all time we strarted hockey this week and we had two  practices already. We haven’t played a game yet but I think we are going to start playing in about two to three weeks.

We usally have a good team with the players that we have. I have a feeling this year we are going to win a lot of games and have a good strong team. We have some people on the team that aren’t that good but there are also some players that stand out on their lines that even out the line . We have four new kids on our team I personally don’t like having new kids on our team. I just like playing  with the same old team that I always have had.

I have been playing hockey for 9 years I started playing when I was 3 years old . The hockey season was canceled last year so I am basically playing with the same people for two years in a row. I have won a total of three banners through put my life. 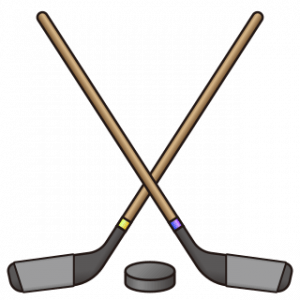 One thought on “A New Season Of Hockey”